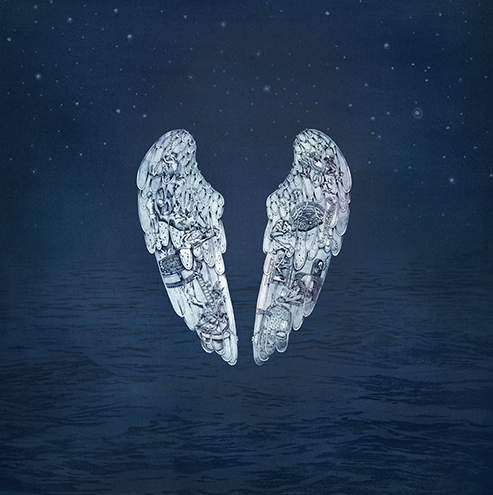 The new Coldplay album artwork for Ghost Stories showcases a stunning collection of etchings by artist Mila Fürstová. Now available to view as a full-length animation, along with the opportunity to listen to the album for free ahead of its release on 19 May!

It’s wonderful when nice people get the opportunity to do great things. And so it is with my friend Mila. A talented UK-based Czech artist known for her beautiful etchings, Mila has been secretly beavering away for the last year on this artwork for Ghost Stories - Coldplay’s sixth studio album. What a fabulous commission! How on earth did she manage to keep it a secret?! 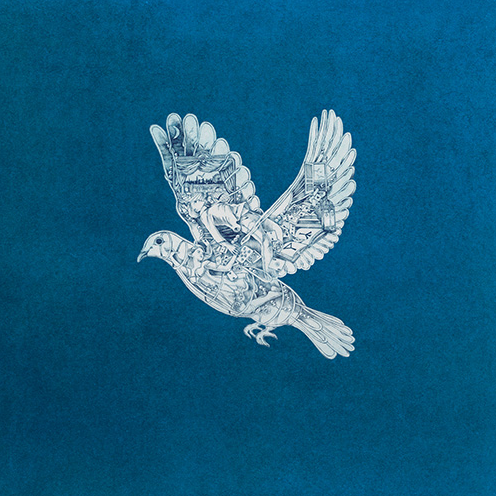 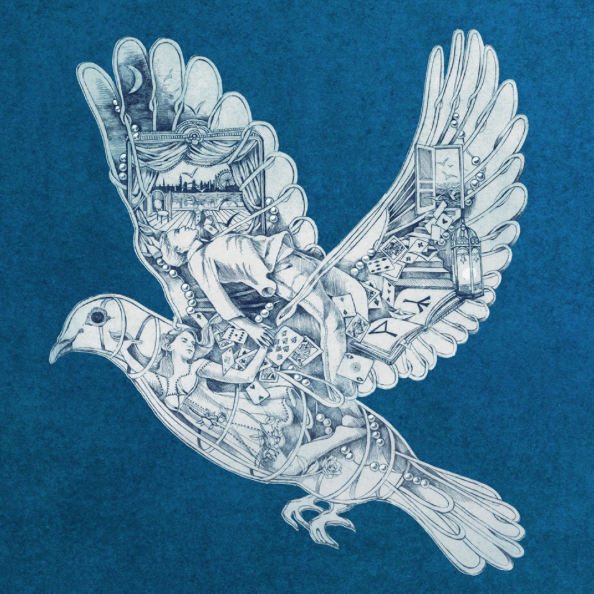 The single art for Magic features a symbolic white dove imposed onto a blue canvas. Contained within the perimeter of the dove is a scenario featuring imagery related to stage magic, including a levitating couple, a flying deck of cards and a theatre stage. The level of detail is just gorgeous… 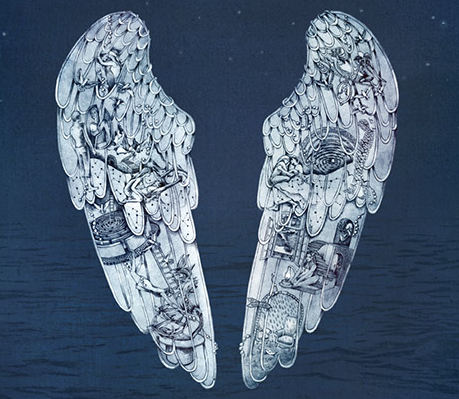 For the Coldplay album artwork cover, the medieval art-driven artwork features a pair of angel wings imposed onto a painting of an ocean under a sky at night. The angel wings themselves feature cryptic imagery of medieval-style drawings including a couple in love, a man facing a mirror, a flight of white doves, a circular maze, a girl by candelight, a window looking out onto an incoming tornado and a garden plant with a ladder. You can zoom in to a larger version of the artwork on Coldplay’s official website, using a screen magnifier – definitely worth doing!

If you fancy one to hang on your wall, or even as a tattoo (the current reproduction of choice on the Coldplay Facebook page right now!), you can buy the artwork through Album Artists, from 19 May.

This blog post is one of a series of design blog posts by design writer Jackie Hawkins.