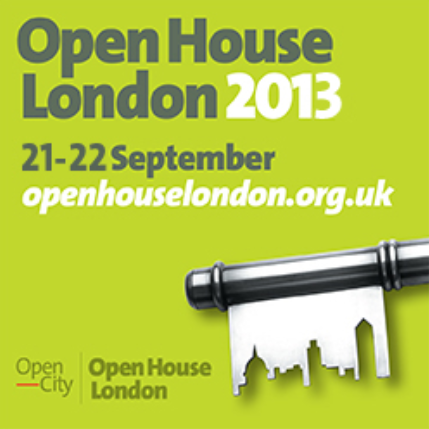 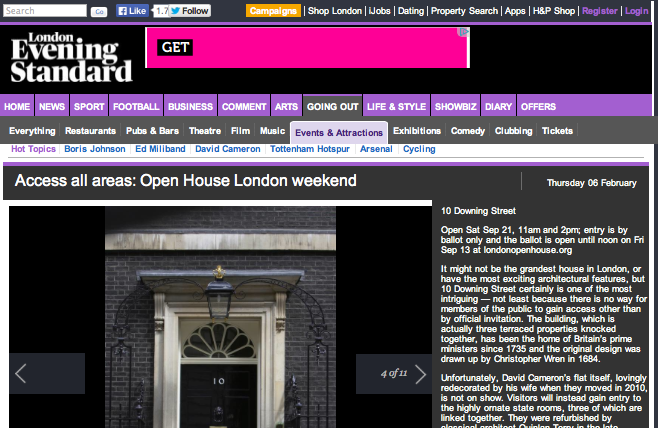 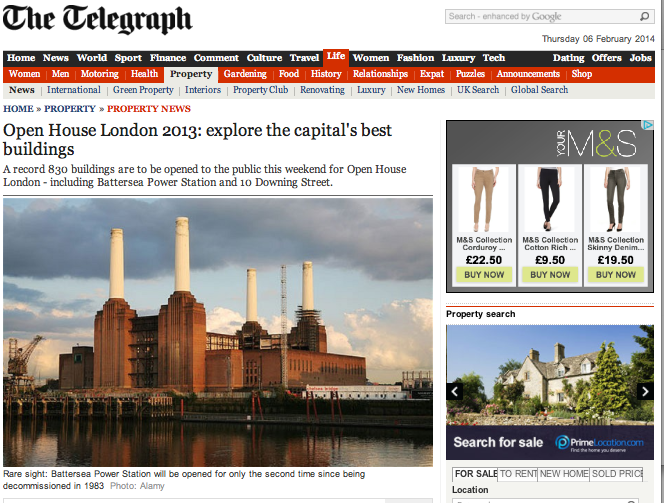 A long time supporter of Victoria Thornton and her charity Open-City, I was happy to help secure national press coverage for London Open House 2013. There were two useful news hooks: it was the first year that 10 Downing St had opened its doors for LOH, with a quote provided by David Cameron. It was also the first and last time that Battersea Power Station would open its doors for LOH before the site undergoes massive redevelopment.

Open House London, created and delivered by the independent non-profit organisation Open-City, is the capital’s largest annual festival of architecture and design. Celebrating 21 yrs in 2013, it is a city-wide celebration of the buildings, places and neighbourhoods where we live and work.