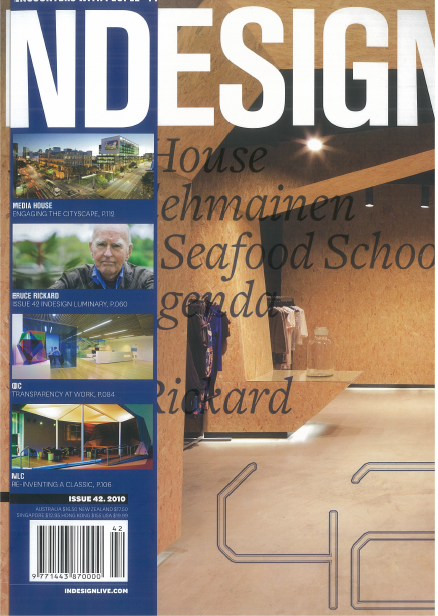 As Emily Dickinson famously wrote ‘being a poet is all. Being known as a poet is nothing.’ Can the same be said about designers? Today you can’t pick up a fork, sit on a seat, switch on a light, open a bottle or pick your nose without someone’s name being attached to it (OK, so I made the last one up, but give it time…give it time). But why? And how do designers feel about being known largely for their name, over their work?

The phenomenon of the ‘named designer’ has been traced back to the explosion of mass consumption in post war Britain. It was a way of individualizing mass-produced consumer products when consumption was becoming a bit of a blur. Fifty years on and products couldn’t have been further removed from the factory floor, appearing in art galleries and museums. French cultural theorist Bourdieu addressed the cultural significance of this move in relation to photography, claiming that photographs became ‘endowed with the dignity of works of art.’ It’s difficult not to concede that exactly the same thing has happened with product design, when the work of Lovegrove, Dixon, Boontje and the like has appeared in galleries all over the world. Even Heatherwick Studio, who arguably fall more into the structural/experimentalist camp recently showcased their extruded benches at the über trendy Haunch of Venison gallery in London. Known for representing Turner Prize nominees, you can’t get much closer to the art world than that. The trouble is, as Max Fraser sees it, that there is a danger of design taking itself too seriously, appearing ‘culturally highbrow. Let’s not forget that it’s only furniture!’

So, why do we seem so obsessed with knowing the name of a person behind the product, and are designers happily complicit in the ‘designer’ economy? “It’s all a bag of bollocks isn’t it? I’d be happy if I didn’t talk to another journalist again, I just want to get on with my work and that’s all that interests me” chimed one prominent personality at 100%Design in London, but in the same breath asked not to be identified as he conceded that it would be biting off the hand that feeds him. Having his face in magazines helps bring in new work. Thomas Heatherwick finds it all very curious “its interesting that one is seen as being available to comment on anything in the world. There is an expectation that someone creative just loves to talk, that they’re an auto-entertainment machine.” I wonder then how he might feel about Twitter and blogging ‘I feel a bit fatigued by the whole Pecha Kucha thing that everyone is desperate to talk…I don’t want to pontificate. I don’t want to be a pundit, commenting on a million things, showing you my home.”

There are those who are not naturally predisposed to being thrust into the limelight. My former employer, Sir Nicholas Grimshaw, a man ironically celebrated for his grand gestures of scale and proportion, who played homage to Brunel and Paxton at Paddington Station and Waterloo, was a man it appeared to me most happiest pottering in his office. Absorbed in his thoughts, with his characteristic round glasses perched precipitously mid-forehead (a disguise, an object beyond which he could hide no doubt) I began to think of him much like a mole that would come up to sniff the air from time to time and was only kept from his daily discombobulating by the irksome requests from the Media Department for him to commit to some new T.V. programme or radio show.

There is no doubt that the media are partly to blame. In the words of Baudrillard, ‘the media toss around sense and nonsense, they manipulate in every sense at once.’ We are all guilty of attaching significance to the provenance. This consecration by celebrity clearly does much to raise the profile of the project and the profession, while in parallel lending prestige to the client earning them cultural caché. With design being such an important part of the UK economy contributing £60bn a year – 7.3 per cent, with growth at twice the rate of the economy as a whole during the last decade, its hard to deny that it has its uses.

The difficulty is, that attributing one name to a product can often have us shifting uncomfortably in our (designer) seats. It is disrespectful to the contribution of the ‘team’ that did their fair share in creating it. The Millennium Bridge was famously reported as being the brainchild of Sir Norman Foster, even though Arup were the lead consultant, and somehow the sculptor Anthony Caro, not to mention the minions at all three studios, were forgotten along the way. “Whenever I talk about our projects, I always say ‘we’ (Heatherwick Studio) because that is how it is. Yes I’m a key ingredient in the collaboration, but design is very much an iterative process. There’s a real culture at the moment of the ‘genius’ or ‘sole creator’. In reality, I doubt there are very few out there.” I suggest that this might present a skewed image to new students “Yes, I think it is dangerous, it puts enormous pressure on students that they have to be this ‘hero’ person instead of being an important part of a mix. The process of thinking really comes alive when working with others.”

Like it or not, designers have become brands just like anything else. Look at Jasper Morrison, his name is a big as designers get, his products enjoy huge commercial success. Yet his success seems to have been tempered by feelings of malaise, as he revealed in a recent rare interview with Icon Magazine, claiming that design has become ‘a major source of pollution’ referring to the fact that some designers seem to design for magazine covers rather than designing for life, with the effect that ‘people don’t trust design, they think its shit – nine times out of ten you’re better of to buy an ordinary corkscrew than a designer corkscrew just because ordinary corkscrews know what they’re doing’. Like Heatherwick, Morrison is concerned about the new generation ‘Young students see what gets published and imagine that that’s what is design’.

You could argue that we are damaging our own industry. Our compulsion to add a branded stamp that presumably was initially intended as a mark of quality, has become a meaningless ‘show’, wrapped up in the all-pervasive overbearing reportage of recent times and obsession with endorsement by celebrity. Somewhere along the lines, the good quality less ‘sexy’ design that problem-solves and functions well, has got a bit lost in the fanfare of marketing noise. Not because it doesn’t exist, but because the media as a force that constructs and re-circulates cultural meaning of the role, status and practice of design, chooses not to concentrate on it.

So, what for the future? There appears to be an increased ennui with the usual fare found at design exhibitions and graduate shows in recent months: chairs and bookcases with designer labels attached. The current economic climate is perhaps partly responsible; we are questioning now more than ever the ‘necessity’ for the things around us. Certainly there is a lot of increasing dialogue on designing with ‘usefulness’ in mind: note the interest paid to a recent graduate’s re-think of the common household UK plug, and the achievement of a urine receptacle for women – the Peezy – winning ‘Best of Show’ at the Design Week Awards in London recently.

Part of the problem is that we as journalists contribute to the mystification of designed objects by showing them gleaming and smiling for the camera in pristine condition, forgetting that these are merely objects, devices by which we engage in humble activities like sitting, eating or entertaining. There is a whole fascinating revealing iterative process behind the finished result involving input from a range of disciplines that we almost never get to hear about. Why not report on the human experience of designing? And what about getting deep down and dirty with materials and production processes and techniques? Let’s see more on the process I say, right from sheet metal to manufacture, from squiggly lines on paper to presentation. By demystifying design in this way we show that design is, more often than not, a collaborative process, ‘hands-on’ and not about ‘sole creation’ or effortless endeavour.

I hope to see more of a focus on designing with social change in mind, taking quality and longevity more seriously and be less about fashion and disposability. I look forward to a time when we admire the combination of effort from designers and end users on issues that are of far more importance and relevance to most of us in the real world, like safety, transport, crime and climate change. Less chairs and more problem solving please. Less fashion and more durability. Less disposability, and more re-use. Less emulation and more innovation. Less adulation and more common sense.