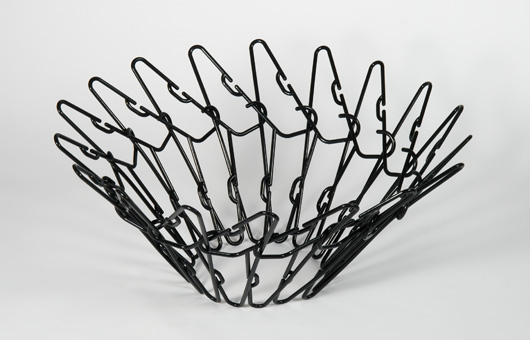 Sarah King, the curator of the Australian Design Museum Show currently on view at the Shapiro Gallery in Sydney, should be congratulated on her efforts to promote the industry and elevate the profile of many of the talented Australian designers we have here, working largely unsupported by national or state government. However, in my personal opinion, this Show represents exactly what Australian design should not become.

These products should not be held with ‘reverence’ as objects of art, put up on a pedestal,untouchable by most and enjoyed by few. Placing these within a ‘Museum’ and gallery environment elevates the status of such objects to ‘works of art’. As Max Fraser recently wrote, there is a danger of design taking itself too seriously, appearing ‘culturally highbrow. Let’s not forget that it’s only furniture!’.

Sarah King is mistaken in stating that “Design Art, one off or limited edition works by designers is a relatively new phenomenon..and is gaining momentum in Europe”.This is old, old news, this has been going on for over a decade now in Europe. I should know I have lived there for most of my life. The reality is, that actually now the tide seems to be turning and people are resisting this and expressing disatisfaction with the cannonising of designers and their products.

The opportunity here is for Australian design to make a mark of its own, not simply emulate London and Milan. There is the opportunity to take a more democratic approach to the design of our everyday, humble objects and simply make them function better as well as look better, to genuinely innovate, and overall become a society that demands an intelligence of those everyday things that surround us (similar perhaps to how the Swedes and Fins have considered design). This Show, I’m afraid, has severly missed the mark.